View/download a perusal PDF file of the full score of this band work.

View a video presentation of a television spot on a 1998 performance of this work with tennis star Bille Jean King. 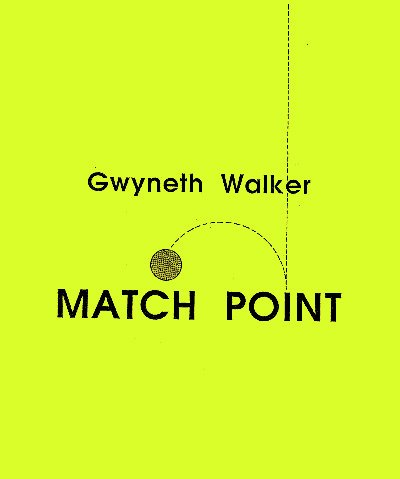 Match Point is a four movement ("Tuning Up"; "Anticipation"; "The Point"; "Marche Triomphante") musical dramatization of a tennis point. It is suggested that the conductor wear tennis clothes, or at least a tennis hat. Band players may also wear tennis clothing such as wristlets, headbands, tennis hats, and/or sneakers. The conductor must be prepared to conduct the last two movements with a tennis racquet.

Hints of tennis strokes are marked in the score to be used at the discretion of the conductor. For example, the Percussionists are asked to transform their performance gestures into forehand and backhand strokes. And, any other modifications of playing techniques (perhaps invented by the band members) to approximate a game of tennis would be welcome.

If the conductor happens to be a tennis player, he/she may add additional tennis flourishes as desired. However, it is not necessary that the conductor play tennis. A short consultation with a tennis player (of any level of ability!) should provide sufficient preparation for performance.