for Two-Part Youth Chorus and Orchestra (2007) 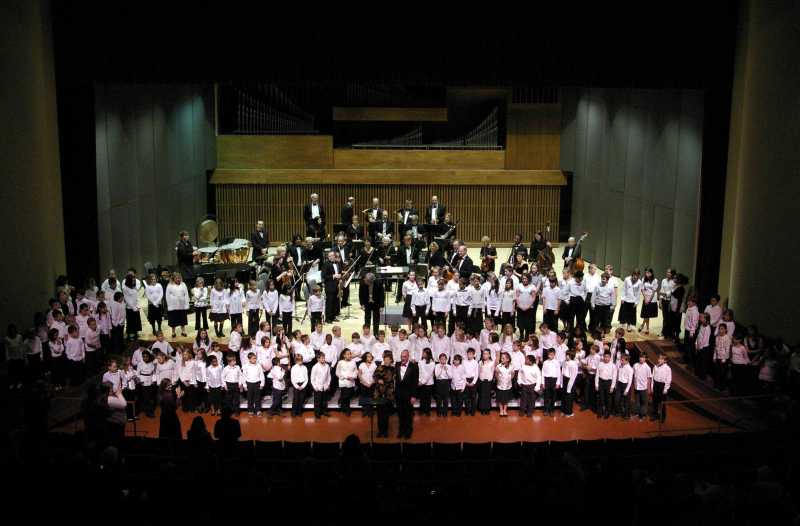 Voices in Song is a set of American hymns and spirituals, updated and expanded for symphony orchestra and youth chorus. The intent is to combine the exuberant expression of the young singers with the rich instrumental accompaniment available in symphonic writing. The result would promise to be an energetic and appealing presentation.

The four songs in the set were selected for their variety, yet overall cohesiveness in the message of "joyful reverence." "Shall We Gather at the River" is placed in a 12/8 "bouncy" meter suggestive of joyful assembling by the river. The chorus presents the melody in a generally straightforward manner, singing in unison, simple harmony or occasional imitation. Meanwhile, the orchestra enjoys many colorful moments  shimmering flutes, muted brass, strumming strings and sandpaper blocks (percussion) striding to the river.

"Let Us Break Bread Together" is subtitled "a prayer." And the gently repeated chords in the brass might be heard as expressing the phrase "Lord, have mercy." This pattern enters between each verse, growing in dynamics and duration until the notes are adopted by the chorus. The melody and accompaniment then ascend to the climax and ending of "Let our song rise together, and give us peace." 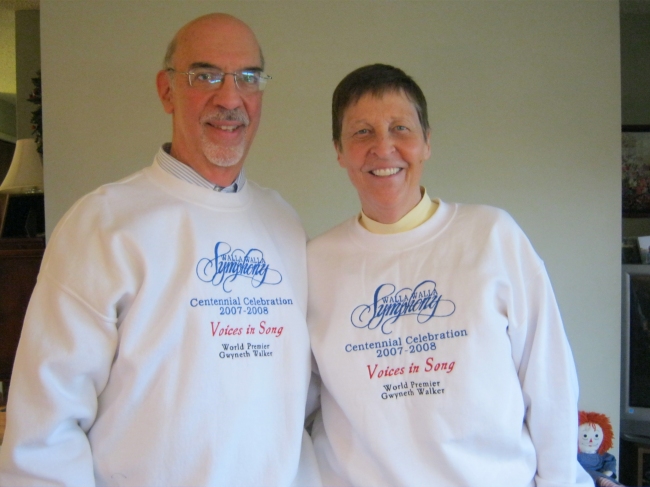 "Standin in the Need of Prayer" was selected simply for fun. The singers declare, "Its me, O Lord, standin in the need of prayer. Not you. Its me!" And thus, everyone and everything else escapes blameless (hard to believe!). This is a raucous song, with an abundance of brass playing.

The set closes with "Twelve Gates to the City," interpreted in a "blues" style of swing rhythm and mixed major and minor harmonies. As the first song, "Shall We Gather at the River," portrays the coming together for worship, so then "Twelve Gates" takes us on another group journey, the walk on up to Heaven. This is a celebratory, gently-paced walk. There is time to listen to some jazz ("blues") instrumental solos along the way. No rush. Those who arrive early can "tell all my friends, Im comin too!" HALLELUIA!