(Photograph of the Randolph Singers and the Vermont Philharmonic; photo by Robert Eddy; second photograph of Louis Kosma; photo by Stefan Hand/Times Argus) 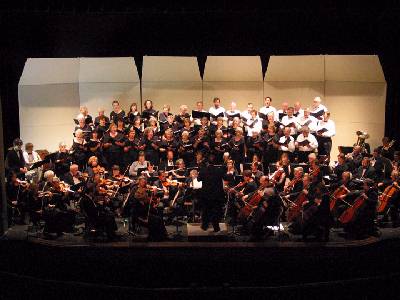 With the first notes of the horn section, it was clear that this was going to be a special concert. Saturday evening at the Barre Opera House, the four horns of the Vermont Philharmonic launched the orchestra quietly but majestically into the Prelude from Englebert Humperdinks popular opera, Hansel and Gretel.

The strings, woodwinds, brass and percussion followed, to create, with this Wagnerian pastry, the most beautiful sound heard from the states oldest community orchestra in some 20 years. In the famous Evening Prayer, the strings played as one, giving the orchestra  for the first time in memory  the anonymous sound of a full symphony orchestra.

The performance, conducted by Music Director Louis Kosma, was expressive, controlled, powerful  often just plain beautiful. It opened the final concert of the 2001-2002 season (which was repeated Sunday afternoon at Randolphs Chandler Music Hall), and marks the end of Kosmas third year as music director. The Metropolitan Opera bass player, who commutes from his New Jersey home to Vermont, has brought to the orchestra  mostly the same players  a new discipline and ability, and it came across loud and clear in this concert.

Raise Up Your Voices, the title of the concert, featured the Randolph Singers, a local community chorus directed by Larry Hamberlin, in a program of opera favorites. The major work, though, was Braintree composer Gwyneth Walkers entertaining  and sometimes touching  adaptation of three traditional American songs. 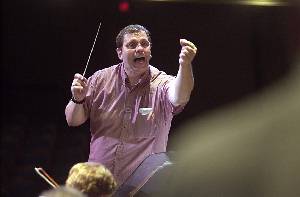 New Millennium Suite had Walkers characteristic humor, novelty and inventiveness, and sometimes more, and, of course, some audience participation. It opened with Singer Man, a light melody, effectively restless, rhythmic and percussive. The final Down by the Riverside was ebullient and even rowdy, with the audience responding loudly and enthusiastically. It was a bit corny, but the audience clearly liked it.

It was the slow middle song, Peace, I Ask of Thee, O River, that proved tender and touching. The song is essentially a hymn with variations, and Walker brought the strings in and out beautifully affecting a flowing river. For both the chorus, one of the areas best, and the orchestra, it was clearly a labor of love.

Walker is particularly effective in theatrical music, and will be turning her talents to creating a musical theater piece for Randolphs Chandler Music Hall next year. It should prove quite interesting.