The Circus of Creation

a music drama
for Narrator, Brass Quintet, and Percussion (2009)


Return to Gwyneth Walker Music Catalog
Read a review of The Circus of Creation (2009) for orchestra by Gayle Williams, The Sarasota Herald-Tribune.

View/download a PDF file of the full score of this work. Instrumental parts available upon request.

View/download a PDF file of the narrator's part for this work. 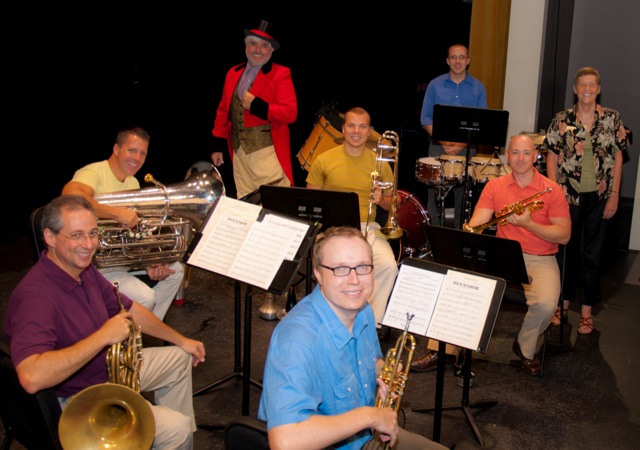 The Circus of Creation is a staged presentation of selected poems from Circus of the Sun (1950) by Robert Lax (1915-2000). This new work combines readings of the poems with instrumental music (brass quintet and percussion, or piano) and optional actors/dancers.

In the simplest performance format, only one reader is required. The Narrator plays the role of Ringmaster, introducing the circus performers and describing their acts. He brings to life in our imagination a troop of Jugglers and Acrobats, and then the very special Mogador, who performs somersaults while riding on horseback. La Louisa on her trapeze sways overhead. The elephants and circus crew labor to erect the tents. And of course, Penelope the tightrope walker is there to applaud Mogadors feats of bravery!

These characters come forth within one day to create their moments of adventure (worship), and then they steal away, leaving the field of wonders darkened. "Have you known such a thing?"

The Robert Lax poems in Circus of the Sun present the circus as entertainment and reverence. The topics range from lighthearted and action-filled to contemplative and spiritually profound. And thus the CIRCUS OF CREATION intends to explore and celebrate this unusual blending of diverse elements. Scenes may be excerpted as desired.

The optimum performance situation would include actors and dancers to portray the circus characters, while the music and readings are taking place. However, in lieu of these additional performers, some clever stage sets and props can provide abundant circus atmosphere. It is suggested that drawings of circus entertainers be displayed on panels. Various props (hoops, juggling pins, a small trapeze) may be placed on the stage. Thus, the Ringmaster can gesture towards the drawings and props when referring to specific characters and their acts. And the circus can come alive in our imaginations!

About Robert Lax and his poetry:

Robert Lax was born in Olean, NY in 1915. He has been described by Jack Kerouac as One of the great original voices of our time...a Pilgrim in search of beautiful innocence, writing lovingly, finding it, simply, in his own way. Though many hold him to be one of the greatest American poets of this century, Lax maintained a low profile, living and writing in seclusion on the Greek island of Patmos.

In 1943, Robert Lax first met the family of circus performers who were to become the subject of Circus of the Sun and Mogadors Book. Lax accompanied New Yorker writer Leonard Robinson who was interviewing the Cristiani family for a piece he was doing for the New Yorker. Laxs fascination with the circus had taken root, and in 1950 he traveled through western Canada with the Cristiani family, observing and absorbing their world.

The poems in Circus of the Sun express a reverence for the acts of daring, beauty and grace that make the circus the singular event that it is. What also emerges is the drawing of a link between this world of the circus  wherein a tent is erected, acts are performed, and then the tent is disassembled only to be re-erected the next day  and Laxs faith. As Denise Levertov has said the radiant security of Laxs faith appears in his work as a serenity of tone. Circus Days and Nights presents a powerful spiritual vision for the present day.